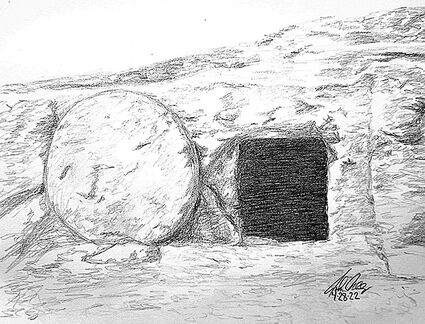 Saturday is Sabbath. Everyone rests. Jesus rests in the tomb. Sunday, Sabbath is over. Before dawn, women came to do a better job of preparing Jesus’ body for burial than they think the men did. Their chief concern was, “Who or how could the huge stone be removed from the entrance of the tomb?” As they get close enough to see clearly, the stone is rolled away. Jesus had told His disciples that He would rise again. They did not comprehend or remember. There had been an earthquake. There was an angelic appearance. The soldiers who were guarding the tomb were terrified, fainted, revived...