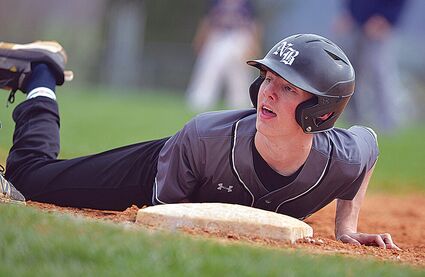 Due to snow early in the week, the Panthers only played one game this week, beating Forbes Road at home by a score of 10-0 in five innings.

The Panthers played solid in this one, collecting twelve hits and ten runs on the offensive side. On the pitching front, Reese Musselman started and threw three innings. In those innings, he went through nine batters in order, striking out eight.

Eion Snider came on in relief and pitched the final two innings. He gave up two walks, one hit, and got four strikeouts. He also kept the shutout for the Panthers.