Central Graduate to Compete on Jeopardy! This Week 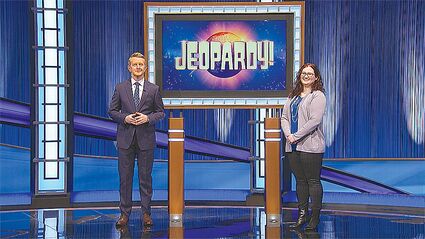 Danielle Maurer is shown on the Jeopardy! set with host Ken Jennings. Maurer is a 2008 graduate of Central High School and can be seen competing on Jeopardy! tomorrow night.

Danielle Maurer has been working toward going on Jeopardy! since the early 2000s. In January of this year, she found out she would compete, and the dream became reality when the episode was recorded on Feb. 15.

Maurer auditioned for the Teen Tournament when she was in her early teens.

"I have vague memories of going there," Maurer said. "But they have more eligible candidates than they can put on TV, and I didn't make it."

This didn't stop Maurer. After graduating from Central in 2008, she went to Washington and Lee University in Lexington, Va.

"I applied for the College Championship ever...