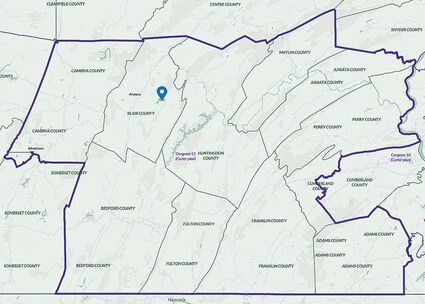 Three of the elected representatives who represent Morrisons Cove will see changes to the district that they serve as a result of population changes.

Those with adjusted district boundaries are

Every 10 years, based on the U.S. Census, the districts that elected representatives serve are reformed. This is necessary as people move within a state, or as a state gains or loses population.

According to Spotlight PA,...