By KATHY MELLOTT
For the Herald

One More Time for Musselman's Grove 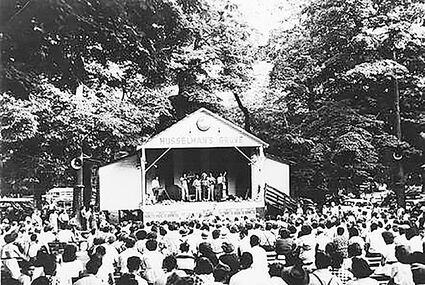 Information and photo from https://www.claysburg.us

It had been a while since Sandy Davis thought about her days scampering around Musselman's Grove in Klahr, but mention of the place brought a laugh from this Martinsburg-area woman and a flood of sweet memories.

"Oh I remember Musselman's Grove, I used to go there all the time," she said. "I lived in East Freedom and my grandparents lived in Klahr and I'd stay with them on weekends."

The entertainment history and the nostalgic memories linked to Musselman's Grove as time passes have prompted a renewed interest in the facility itself, the crowd it attracted and the music heard across the v...