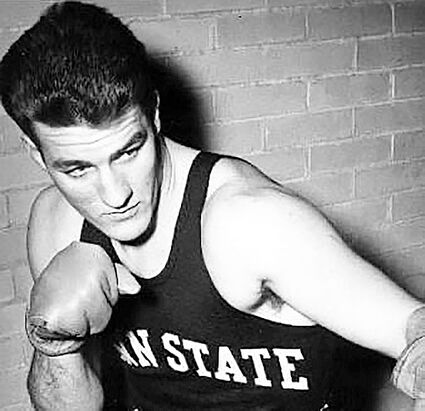 John C. “Jack” Bolger was a funeral director in Martinsburg and Williamsburg starting in the 1950s. He established the Bolger Funeral Home that was passed along to his son, John K. Bolger, who has since retired, but whose name still adorns the business.

A recent newspaper article about a former varsity boxer at Penn State reminded me of Jack Bolger’s prowess in the ring while representing the Nittany Lions before his graduation in 1950. Bolger excelled in the sport before it was terminated in 1954, leaving a rich tradition behind.