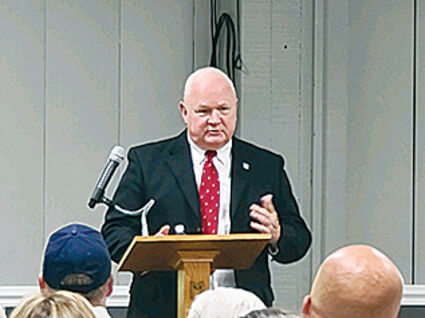 First-time author Brad Gates recently published his book "Two Good Men." The Roaring Spring native will have a book launch on June 9 at 2 p.m. The event will be held at Spring House Grille in Roaring Spring.

After Gates graduated from Central High School in 1968, he attended Millersville University, where he met his wife, Kathy. Following college, Gates was commissioned in June of 1975.

Gates spent 21 years in the Marine Corps. During that time, he read "Fields of Fire," a book by Jim Webb, decorated Marine. He was inspired by this "prolific writer" and decided he wanted to wri...