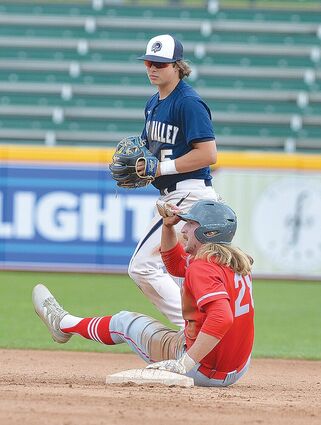 The Central Dragon Baseball team began the week facing the Bald Eagle Area Eagles in the District Semi-Final game. A 10-0 win advanced the Dragons to the District title game, where a 7-1 victory over the Penns Valley Rams gave the Dragons the District 6 3A Championship for two years in a row.

Against the Eagles, the Dragons exploded for five runs in the first inning. Paxton Kling led off with a single, then moved to third on Jeff Hoenstine's single to right field. A walk for Devon Boyles led to a bases loaded situation with no outs and Hunter Smith up to bat. Another walk led Kling to score...