By LUGENE SHELLY
For the Herald 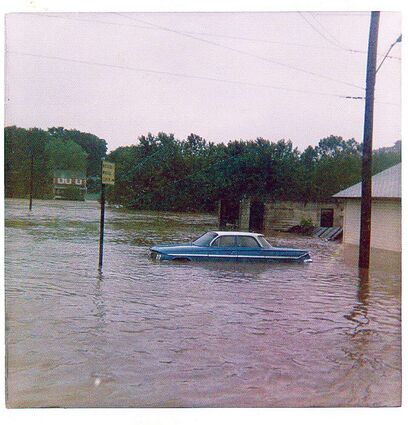 A car was submerged at the intersection of High and First streets, where the Martin General Store is today.

Richard Brantner Sr. remembers it well. He was Williamsburg's police chief for just a few months when the rain and flooding began. He was 24 years old and had just gotten out of the Navy when he started as Chief of Police for Williamsburg in February of 1972. He was living on Spring Street in the borough at the time. "It was bad back then," he said of the days following the storm.

The storm that brought the rain was named Agnes. It began as a tropical depression in the Atlantic Ocean, but intensified and received hurricane designation on June 18, 1972, as it moved over Florida. It continued...