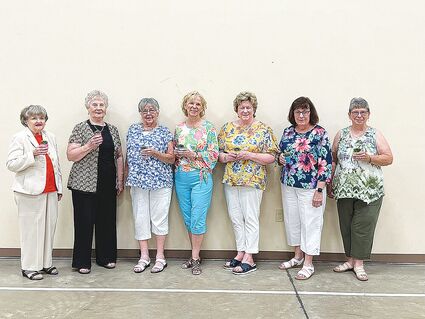 For many who attended Williamsburg Elementary School, Donna Tate is always remembered as one of the fourth grade teachers who left an indelible mark on her students. But for 20 years, Tate has served as the Women's Civic Club President, and at last Monday evening's banquet, she was honored for her service with the club.

Current Civic Club Treasurer Shirley Kurtz-Flaugh called Tate up to the front of the CMA Church banquet facility and talked about her "working all the time." Flaugh said regardless of age, interest and career – "All members are appreciative of the Donna."