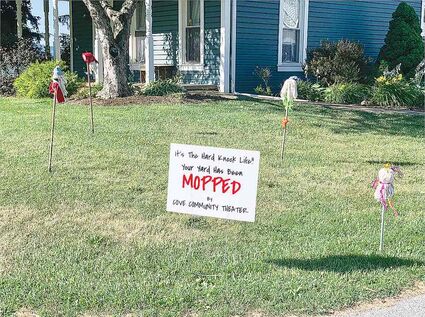 This is a fundraiser for the theater's building project.

The sign left on the yard says "It's a Hard Knock Life! You've Been Mopped by Cove Community Theater" (as shown to the right).

Money raised will go to the kitchen on the upper level of the Cove Community Theater building due to two instances of flooding this past year. There are also plans to build between the two buildings.