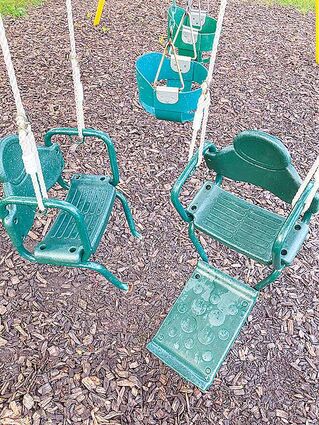 Vandals have been destroying equipment at Cherry Street Park in Roaring Spring. Borough officials are asking the public to keep a watchful eye on the park and report any suspicious activity.

Cherry Street Park in Roaring Spring has been victimized by ongoing acts of vandalism and Borough Manager Lisa Peel is asking for help to put an end to it.

At the Roaring Spring Borough Council's regular monthly meeting on June 11, Peel told council that the park has been vandalized numerous times since the beginning of summer, with playground equipment being damaged and litter thrown around the park grounds.

Peel said some of the swings, which are made of hard plastic and thick rubber material, have been damaged to such an extent that whoever did it took some time to ensure they couldn't...