East Main Street to be Closed During the Day 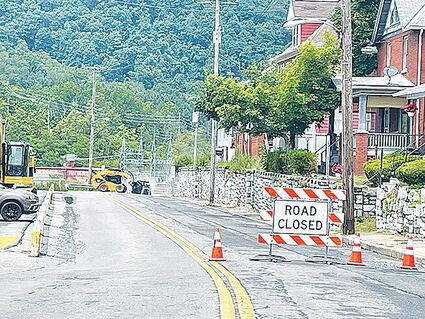 East Main Street in Roaring Spring will be closed to traffic from 6 a.m. to 5 p.m., Monday through Friday, as workers replace water and sewer lines. The project is expected to be completed by Sept. 2.

East Main Street, located in front of the former Appvion paper mill in Roaring Spring, will be closed to vehicle traffic during the week as workers replace water and sewer lines.

Weaver said the authority is replacing more than 1,100 feet of sewer lines and around 260 feet of water lines from the entrance of the mill to about the brewpub.

The section of East Main Street where crews are working will be closed from 6 a.m. to 5 p.m., Monday through Friday. Weaver said workers have 60 days to complete the project with Sept. 2 as the expected completion date.

Weaver said the existing lines are old and the authority chose to replace them now before the borough begins work next year on the Main Street project when that section of road will be getting a facelift.

"We wanted to get this done before the borough starts their work," Weaver said. "We didn't want to wait and run into a situation where we would have to dig up any new road the borough put down."

The borough is expected to begin work next year on the ongoing Main Street project, which has so far included the purchase and demolition of houses along the road and the removal of the wall that had sections collapse.

Along with the water and sewer line project, Weaver said the fire hydrants in the borough will be bled sometime later this summer.

It was also announced that Christopher Miller has been appointed to a seat on the Roaring Spring Municipal Authority.