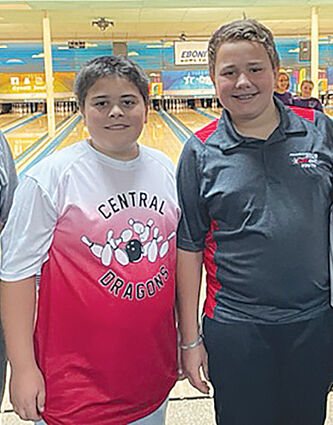 Shown in this Herald file photo are Jack Hetrick and Colby Gojmerac, who will be participating in the Junior Gold National Bowling Tournament. Cort Hetrick is not shown in this photo.

Three boys from the Cove are slated to represent their hometown at the 23rd annual Junior Gold National Bowling Tournament. Colby Gojmerac (11), Jack Hetrick (11) and Cort Hetrick (15) will attend the tournament that spans 8 days from July 15 to the 23.

Along with those two divisions, the tournament also offers a U20 and a U18 division. These same divisions...