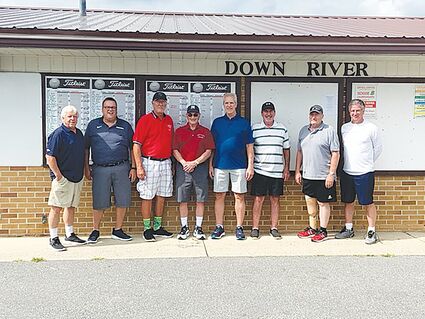 The annual Nelson Metzger Memorial Golf Tournament was held over this past Labor Day weekend for the 27th time at Everett's Down River Country Club.

On a beautiful Saturday morning, 27 teams competed in a "four person scramble" format for fun, prizes and for the benefit of the Nelson Metzger Scholarship Fund.

Nelson was a senior member of the 1972 Central High School Mt. League championship team that posted a 20-4 season record. This year marks the 50th anniversary of the Dragon's first Mt. League title.

Metzger was the team's starting center and leading rebounder. Nelson's love of the gam...