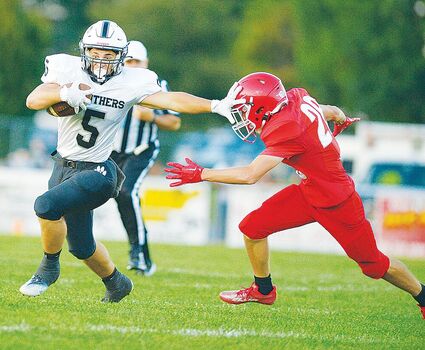 The Northern Bedford Panthers dominated on their home turf last week, defeating the Everett Warriors 41-0. Junior Adam Johnson ran for three touchdowns and hauled in a reception for a fourth. He carried the ball 8 times tallying 156 yards rushing and caught two passes for 83 total yards. Junior quarterback Eion Snider attempted only 7 passes, completing 4 for a total of 131 yards. The defense was led by Junior Noah Baker with six tackles.

The victory improves Northern Bedford to a record of 3-0, while the loss drops Everett to 0-3.

Next for Northern, a trip to Houtzdale this Friday to battl...