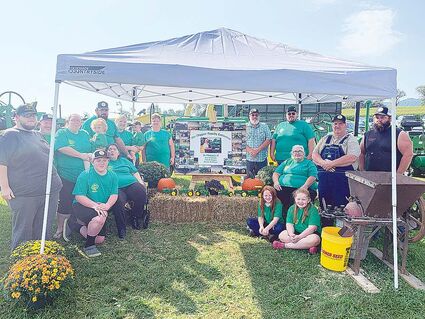 Southern Cove Power Reunion held its Fall Festival and Tractor Show on Sept. 17, 18 and 19. Thousands attended this event, and many brought tractors – most John Deere – and many others for display.

Friday many food vendors and crafters arrived with their displays and great food, including the Lions of Loysburg and Sipes Smokehouse BBQ. The SCPR kitchen had homemade bean soup, steak sandwiches, gobs, chicken baskets and much more.

Royal Rangers of Everett, under the leadership of Dennis Dibert and others, made 500 of their famous chicken dinners between the two days. The children and yo...