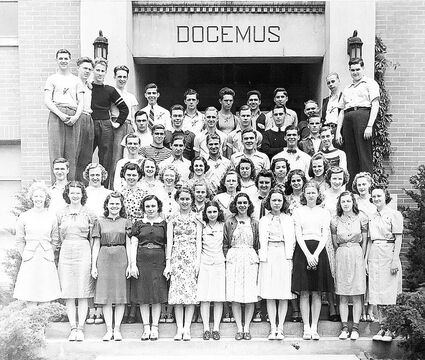 Vickie Yarnall visited the Herald office to show us her mother, Esther E. Oakes, who is in the third row, second person from left.

Yarnall said her mother was very close with Doris Hite, who is also in the second row and is second from right.

"They always got together," Yarnell said.

Dotti Kyler called the Herald to say "I think I was married to someone in this photo."

Kyler met her husband 6 years after this photo was taken, so she wasn't sure if it was him. Wilbert Ketner is directly under the "S" in the back row.

Ketner has since passed, but he and Kyler had five children together in...