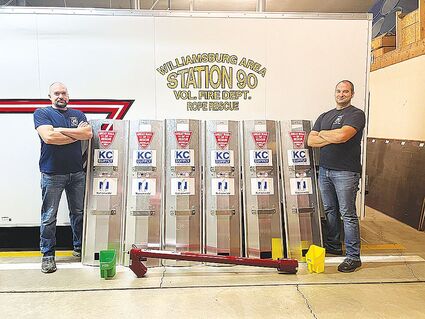 The amount of nominations the Williamsburg Volunteer Fire Company received for its grant for grain bin rescue equipment “caught a lot of people’s attention,” according to Captain Jon Isenberg.

Isenberg said that for many years, the fire company has participated in the Nominate Your Fire Department Contest as part of Nationwide’s Grain Bin Safety advocacy campaign and has been denied. Led by Isenberg, the fire company dove head first into this grant process. The fire company went door to door to the farmers of Williamsburg and asked for nominations.