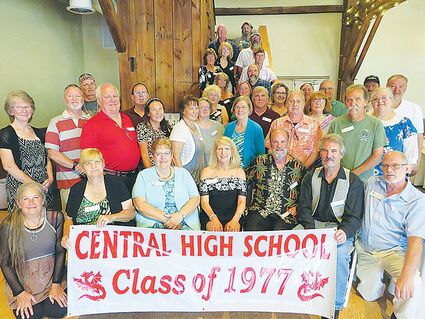 Shown is the Central High School Class of 1977's 45th reunion picture. The group had a buffet-style meal on Aug. 20 at the U.S. Hotel in Hollidaysburg.

Strolling magician Richard Benninghoff entertained the class for the evening.

Thirty-eight 1977 classmates and 25 guests were in attendance for a delightful evening.