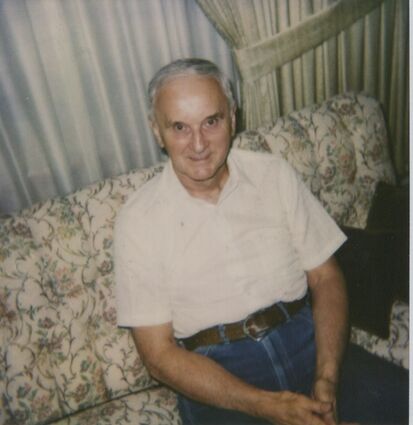 Last month my writing colleague at the Herald, Joseph Walk, featured the history of the Claysburg area in his “Newcomers to the Cove” column. As a U.S. Air Force Veteran, he was especially fascinated to discover that a Cold War Air Force facility once claimed Clayburg as its home between 1952-61.

We have a former serviceman at the base still living among us. Michael Macovitch, 89, of East Main Street, Roaring Spring, Taylor Township, was an airman stationed there between 1954-56. He met, courted and married my cousin, Hazel Mock of East Sharpsburg, in 1955, so I have known him since that time.

Mike enlisted in the USAF from Hazelton, Pennsylvania, in 1949 and was sent to bases in Japan and Guam before being asked where in the U.S. he wanted for his next duty. On the list were two facilities in Pennsylvania, which appealed to him. The one described as “Claysburg Air Force Station” and was formally titled 772nd Aircraft Control and Warning Squadron (772 AC&W), was his new assignment.

The 22-year-old airman first class arrived by train in Altoona very late one night in June 1954 and was bused up winding, twisting roads to the top of Blue Knob mountain.

“I thought we would never get there,” he recalled. “But in the light of day I could see all over the valley. It was like being on top of the world.”

Blue Knob, at an elevation of 3,148 above sea level, is the second-highest peak in Pennsylvania — Mount Davis in Somerset county is 21 feet higher.

Blue Knob base had about 10 officers and 90 enlisted. The mission of the station was early warning of enemy aircraft and vectoring of friendly forces to counter the threat. The base was surrounded by a security fence and MPs guarded the gates. Alert drills were fairly frequent.

Life on the base for a single junior enlisted man was typically military.

“I lived in a barracks four men to a room, and we had a mess hall and recreation area. Most of our days were devoted to radar and communications duties, and our off-duty time was spent in civilian clubs and recreation facilities, particularly in Portage and Altoona.”

Air Force bowlers used area lanes. It was at a bowling alley in Altoona where Mike met Hazel. He was on a squadron bowling team and Hazel bowled with a women’s team from Sylvania, where she worked. After a one year courtship they married. For a brief time Mike lived with Hazel and her widower father Edward in East Sharpsburg and commuted to duty at Blue Knob.

The military is a nomadic life and transfers followed to Wright-Patterson AFB in Ohio, where daughter Beverly was born, and Westover AFB in Massachusetts, where daughter Michele joined the family.

Mike decided to leave the Air Force and his family returned to Morrisons Cove. He worked for Berwind Railway in Hollidaysburg and later volunteered as an usher at Altoona Curve baseball games. Wife Hazel passed away in 2009.

Mike made only one nostalgic return to the Claysburg AF Station, to see how it was turned into a ski resort. Only two buildings remained at the time, used for storage. The security fence, barracks, control center, radar site and mess hall were all gone.