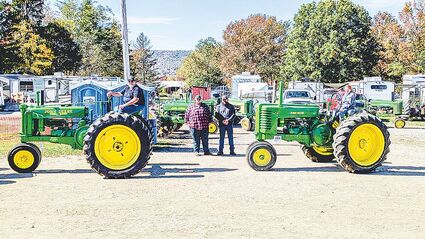 The 41st Annual Antique Tractor & Steam Show in McConnellsburg was attended by three generations of the Jesse Clapper family, as shown in this picture.

Both tractors were displayed and then pulled at the tractor pulls during the show.