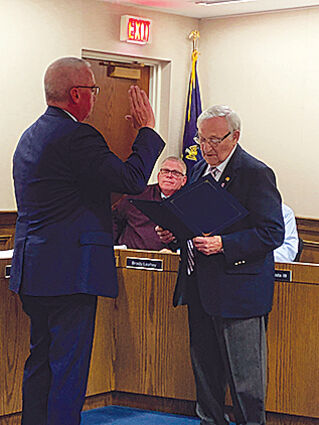 Christoper Storm was sworn in as the new police chief of Hollidaysburg by Mayor Joe Dodson at the last borough council meeting.

Retired State Police Major Christopher Storm was sworn in as the Chief of Police by Hollidaysburg Mayor Joe Dodson at the last Borough Council Meeting on Oct. 13.

Storm's career has come full circle, as he began as a Patrolman on the Hollidaysburg Police Force from 1989 to 1995.

Storm earned a Bachelor of Science degree in administration of justice from Penn State in 1990. He enlisted in the state police in 1995, assigned to Troop S, Harrisburg. He was promo...