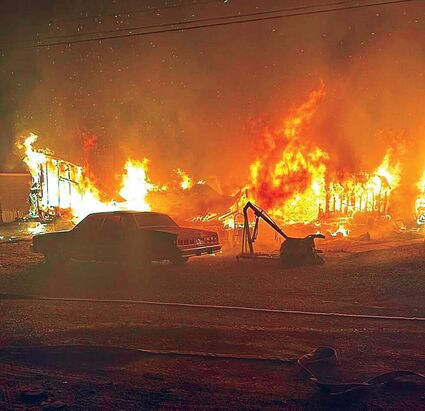 According to Freedom Township Asst. Fire Chief Tim James, the call came in around 4 a.m. and firefighters arrived to find the structures fully involved. James said fire crews set up a dumpsite and shuttled water to the scene in a tanker truck.

James said additional crews were called in to assist Freedom Township when the fire spread to a hill near the junk yard, igniting two junked vehicles and starting a brush fire. James said the quick response from fi...