'Universal Studios Monsters: A Legacy of Horror' by Michael Mallory 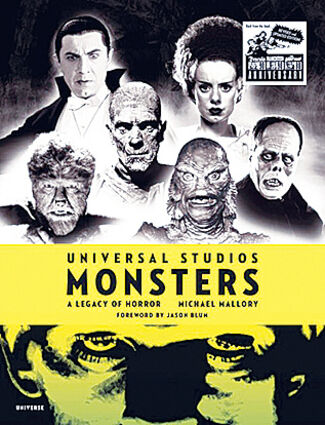 Horror movies' most memorable monsters can all be found in one place in Michael Mallory's magnificently mastered volume, brimming with Universal Studios' Hollywood horror icons.

Universal Studios was Hollywood's number-one studio for horror pictures worldwide spanning the 1920s through the 1950s, and the original monsters and pictures are still unforgettable today. Moviegoers were frightened by creatures like Dracula and Frankenstein's monster, as well as the beast from "The Creature from the Black Lagoon." Mallory explores these enduring characters and more in his book, "Universal Studios...