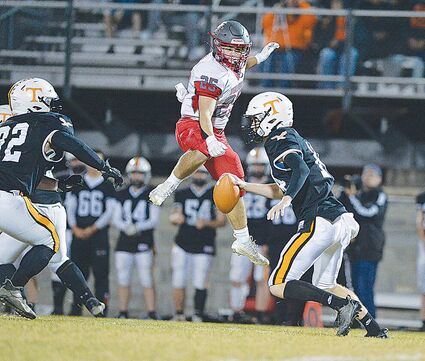 The Dragons faced the Tyrone Golden Eagles in the District Six AAA Semi-Finals last week in a long-standing rivalry. The Dragons showed their full strength throughout the night, combining on rushing and passing for well over 400 yards. The Dragons' dominance of the field left them with a 35-14 victory over the Eagles.