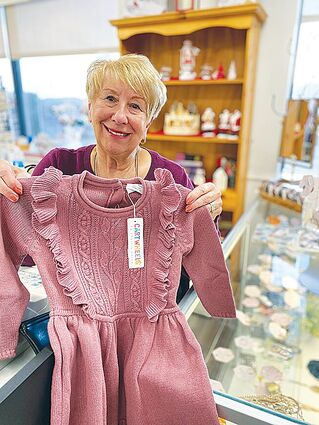 Auxiliary president Judy Reffner holds one of the dresses available at the gift shop in Nason Hospital. Proceeds from both the auxiliary and gift shop benefit the hospital patients as well as the Roaring Spring community.

Even after 122 years, a hospital's volunteer program remains strong in helping patients, staff and the community.

Formed in 1900 as the Ladies' Home Association (LHA), Nason Auxiliary has seen Nason Hospital through many changes and helped raise money for many of its needs.

Current vice president Heidi Kreider said that Nason Auxiliary was one of the few hospital auxiliaries left in the state of Pennsylvania due to a lack of interest.

"Not many people were willing to volunteer or take on a leadership role at them," she said. "But Nason has a devoted group of volunteers that want to provid...