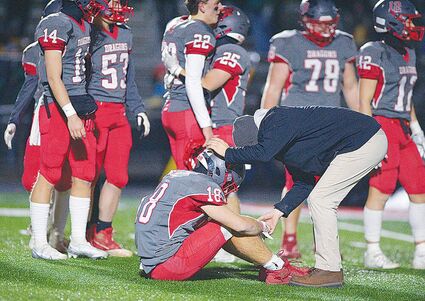 After making an appearance in the state semi-finals the year prior, the Central Scarlet Dragons were eager to take the next step this year through the match against the Belle Vernon Leopards. Unfortunately, the Dragons fell short once again in a 21-17 loss to the Leopards.

The Dragons began by kicking off to the Leopards, which was immediately returned for a touchdown. Starting off in a seven-point deficit, the Dragons' offense could not make enough headway with the ball, forcing a turnover where the Leopards quickly scored again. Central responded to this with a 10-play, 82-yard drive endi...