A Spate of House Fires Makes for a Busy December 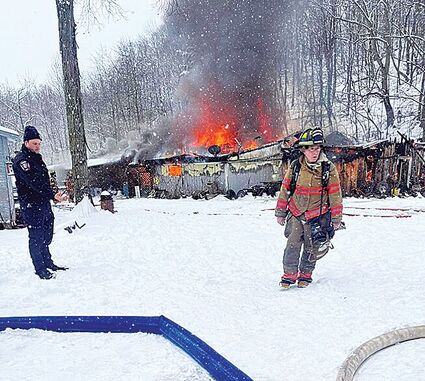 When the Freedom Township Volunteer Fire Department responded to a structure fire on Back Street on the evening of Dec. 2, it kicked off what would turn out to be an unusually busy month that kept fire crews in the Cove on alert with barely enough time to catch their breath between calls.

According to Freedom Township Fire Chief Ron Henry, that first call of December was followed by 48 alarms for his department during the month, including a staggering 21 calls between Dec. 22 and Dec. 29.

Despite two December storms that brought snow and icy conditions to area roads, and a Christmas week pl...