Something to Pine For 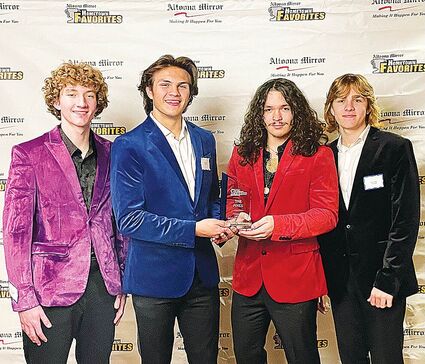 What do you get when you combine passion for music, eclectic taste and style, and four high schoolers? You get the Pines, a local band made up of three Central students and one Bellwood student, which, coming up on its one-year anniversary, has quickly grown in popularity, sound and catalog.

The Pines began with three members: Alex Snyder on bass/keyboard, Benjamin Brumbaugh on drums, and Logan Warner as the lead guitarist. The group played instrumental pieces and had no lead singer. As they began to book more gigs, the guys decided it was time to find a singer.

Daman Mills was one of the o...