Curve Stadium's Upgrade Will Be Visible to Fans in 2024 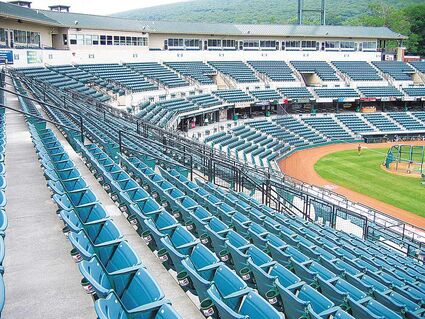 The seats will be replaced at Peoples Natural Gas field, home of the Altoona Curve, in 2024. The seat replacement is part of a $2.4 million renovation project at the minor league baseball stadium.

While most of the work in the Altoona Curve's $2.4 million renovation will not be visible to fans, part of the project will be - an upgrade to all stadium seats in 2024.

Another improvement visible to fans will be the addition of a second elevator to move people between the first, second and third floors of the stadium.

As part of the renovation project, all the stadium's regular seats will be replaced for 2024, according to General Manager Nate Bowen. Bowen said that the green seats currently in place were installed in 1999, when the stadium opened.

"While it's a testament to the durabi...