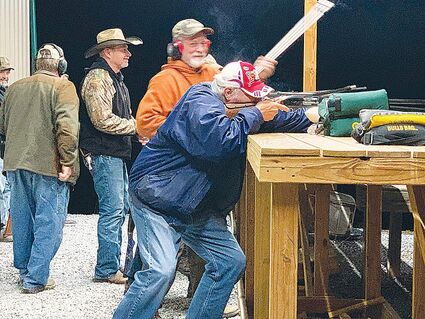 Southern Cove Rod and Gun Club held its gun shoot on Tuesday, March 8. Having been a hunter in years past, I was intrigued with this event and thought I may like to start being a participant.

The club is located in New Enterprise. The goal of the club is to give back to the community.

The club was very welcoming and the atmosphere was one of socialization, laughing and great food. There were over 60 shooters, including men and women. The building is beautiful with its knotty pine walls and various animals such as deer heads and a turkey on display. The building is very spacious and suitable...